Theiophytalia kerri: A Garden of the Gods Dinosaur

In Garden of the Gods Park in Colorado Springs, large upright slabs of rock stand tall above the surrounding landscape, a breathtaking remnant of the ancient sand dunes that accumulated there. A dinosaur named Theiophytalia kerri, an herbivorous 5 m (16 ft) long ornithopod dinosaur, lived there during the early Cretaceous. It is only known from one specimen, a fossilized skull found in the Garden of the Gods area.

In 1878, Professor James H. Kerr (figure1.) from Colorado College found a skull (figure 2.) in, what was originally thought to be, the late Jurassic Morrison formation (Walker and Johnson, nd). It caught the attention of an acquaintance of Kerr, paleontologist O.C. Marsh. Marsh identified the skull as that of a Camptosaurus, a dinosaur commonly found in the Jurassic rock of the Morrison Formation. Marsh put the skull in storage at the Yale Peabody Museum where it was forgotten (Garden of the Gods Visitor Center wall text, n.d.).

In 1995, 117 years later, while the Garden of the Gods visitor center was under construction, two employees, Lenore Fleck and Melissa Walker, inquired with Kirk Johnson, a paleontologist at the Denver Museum of Nature & Science, about a planned dinosaur exhibit (Brill and Carpenter, 2006). Johnson then referred them to a colleague of his, paleontologist Kenneth Carpenter, who said, “I think I have an article in my files about a dinosaur fossil that was found in Garden of the Gods. If I find it, I’ll send it to you.” He later mailed them an article that read: “Camptosaurus amplus No. 1887, Yale Museum consisting of portions of the skull and lower jaw. It was collected…in deposits in the Garden of the Gods, Colorado Springs, Colorado.”

With this specimen was found the following note in Professor O.C. Marsh’s handwriting: “Part of this animal and various Sauropoda bones were taken out by Professor Kerr in 1878” (Garden of the Gods Visitor Center wall text, n.d.).

Johnson flew out to the Yale Museum and hand-carried the Camptosaurus skull back to Denver for Carpenter to make a cast replica of it for the exhibit (Walker and Johnson, nd.). While Carpenter was casting the fossil, however, he noticed various inconsistencies and irregularities in the skull’s structure. He decided to re-examine the Camptosaurus fossil when he had the chance to. Finally, in 2006, Carpenter, along with one of his associates, Kathleen Brill, had finished an in-depth reassessment of the skull (Walker and Johnson, nd). It was concluded that the differences between the supposed Camptosaurus skull and a genuine Camptosaurus skull were significant enough to determine that it belonged to a new dinosaur and not a Camptosaurus (Brill and Carpenter, 2006). Carpenter decided to name the new Iguanodon relative Theiophytalia kerri. Theiophytalia meaning “belonging to the Garden of the Gods,” and kerri in honor of James H. Kerr who first discovered the fossil skull.

Because the only known specimen of Theiophytalia is a singular fossilized skull, its full appearance is unknown, and reconstructions of the dinosaur are mostly speculation based off other closely related dinosaurs. It also isn't known where exactly Theiophytalia was found besides the vague recollection of James Kerr telling O.C Marsh that it was found “In one of the ridges east of Garden of the Gods” (Garden of the Gods Visitor Center wall text, n.d.). With an overly broad area where it may have been discovered, it is heavily debated where the exact location where it was found could be. The exact type of rock where it was found would have given us a clear picture of what its environment and habitat would have been like. 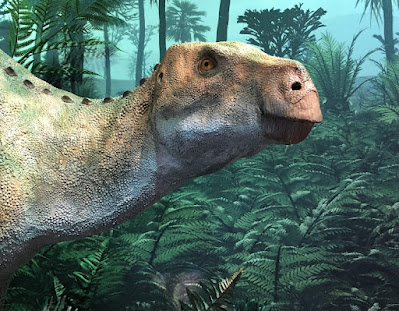 However, although we may not know exactly where it was found, with the knowledge of what America was like during the early Cretaceous, we can put together what the basic environment may have been like for Theiophytalia. It lived from 125 to 100.5 million years ago, and the area was most likely a coastal, tropical forest near to the newly forming Western Interior Seaway. It may have shared this environment with a relative called Tenontosaurus and was possibly preyed upon by the predatory raptor Deinonychus and the large theropod dinosaur Acrocanthosaurus.

Figure 4. A reconstruction of what Theiophytalia kerri might have looked like.
Artwork by Andrey Atuchin, used with permission.

Thus concludes the life, history, and rediscovery of Theiophytalia Kerri. Its life is shrouded in mystery and uncertainty thanks to the single specimen along with the unknown location of said specimen’s discovery. Today, Theiophytalia is barely a footnote compared to the much more famous and common dinosaurs of the early Cretaceous, but Theiophytalia will hold a special place in our hearts as the mascot dinosaur of Garden of the Gods Park in Colorado Springs. Perhaps one day we will find another specimen that will help us understand more about this dinosaur, and finally rectify Professor Kerr’s inadequate note taking.

Walker, M., K. Johnson, How A Case of Mistaken Dinosaur Identity Became the Story of A Brand New Dinosaur:  retrieved from https://friendsofgardenofthegods.org/dinosaurs-in-the-garden on October 1, 2022.

Brill, K., K. Carpenter, 2006, A description of a new ornithopod from the Lytle Member of the Purgatoire Formation (Lower Cretaceous) and a reassessment of the skull of Camptosaurus. Horns and Beaks: Ceratopsian and Ornithopod Dinosaurs. 49-67.

Note: the author is 16 years old and in the 10th grade in Colorado Springs.

Posted by Steven Veatch at 12:22 PM No comments:

Which color’s your favorite?

My favorite gemstone is citrine, the color reminds me of stars!

What’s your favorite gem? Or mineral? Or rock? If you have multiple, please, say what they are.

Then I’ll ask “Why?”, why is it your favorite? Is it the color? The shape? Or maybe the size?

If you like red, I suggest the ruby. It’s dark mysterious crimson should appeal to your eyes!

Not a fan of red? How about orange! Then you should like the gemstone carnelian, it’s colored like fire!

Orange isn’t your favorite? Let’s try yellow instead, the shade of orpiment is something to admire.

Which color’s your favorite? You have to have one! Have I listed it yet? Must I go on?

A green gem next, malachite perhaps! This gem is green and laced with black, a true beauty to gaze upon.

Is blue your favorite? Then a sapphire for sure, they come in so many colors but the best is the ocean blue!

What about purple! Surely Alexandrite is the winner! The most marvelous shade, it’s perfect for you!

Which of these gems do you like best? Which color’s your favorite? I have more up my sleeve!

Let’s try pink this time! I suggest spinel, this gem is an amazing shade of pink you won’t believe!

White is pretty, let’s give that a try! How about moonstone? It’s iridescent white is so unique and beautiful!

If you like the mysterious color of black, I have the perfect one for you, of the black gems onyx is the most wonderful!

Surely I guessed it by now! Which one did you prefer? Please tell me! Which color’s your favorite? 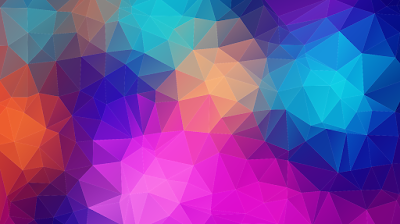 Josilyn is a member of the Lake George Gem and Mineral Club, Colorado and participates in their Pebble Pup and Earth Science Scholars program. She attends high school.

Posted by Steven Veatch at 8:38 AM No comments:

Cave of the Winds 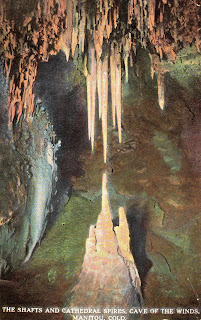 Posted by Steven Veatch at 4:38 PM No comments:

No force weakens its resolve

Posted by Steven Veatch at 6:38 AM No comments:

Worshiped by all natives 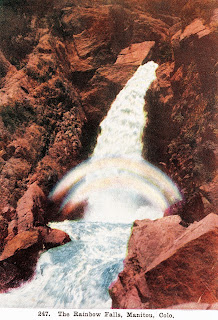 Posted by Steven Veatch at 6:24 AM No comments:

Fluorite: Mineral of the Month at the Western Museum of Mining and Industry

This fluorite specimen was found outside of Cripple Creek, on the Shelf Road. These massive* specimens of purple fluorite can be found throughout a greater area, known as the Cripple Creek Mining District. The fluorite from the district can be found in massive form or in crystalline form, with light to dark purple colors. This fluorite is often referred to simply as Cripple Creek fluorite because of its abundant presence in the district. Finding this fluorite while mining was often met with excitement, as gold-rich tellurium minerals form in veins near the purple fluorite. Purple fluorite was a likely indication of gold-bearing minerals, although fluorite specimens that did not contain gold-bearing minerals were considered worthless. Therefore, these specimens would commonly be discarded in the mine dumps along with the other waste rock.

* Massive - minerals found with no internal structure or habit

About the author: Ben Elick is a junior member of the CSMS and former Pebble Pup. He is now one of the instructors of the Pebble Pup and Earth Science program. He volunteers at the Western Museum of Mining and Industry and recently helped finish the digitization of the historic photos at the Cripple Creek District Museum.

Posted by Steven Veatch at 9:29 AM No comments:

I chose a ruby to study because it is pretty. A ruby is red or pink. You can find them in many places, including Thailand, Nepal, Taiwan and East Africa. They are also located in the United States. Rubies are made from the mineral corundum or aluminum oxide.


For thousands of years, a ruby was considered the stone of love, energy, passion, and a zest for life. Like no other gemstone in the world, ruby is the perfect symbol for power.

Posted by Steven Veatch at 1:24 PM

Welcome! This is the gateway to adventure and discovery

Through this blog pebble pups and junior members of the Colorado Springs Mineralogical Society can access their lessons, work on assignments and projects, and receive details about field trips in the Pikes Peak Region. This Internet program is also suitable for young people who are interested in Earth science but do not live near a rock club or gem and mineral society or for young people anywhere who want a deeper dive into these topics. The only requirement is that all participants must be members of the Colorado Springs Mineralogical Society and must fill out the CSMS membership form (under important websites) and send their registration and membership fee in. Steven Veatch is the senior instructor and will need an email from you with your name, address, phone number, and permission from your parents to participate in this program.